Motoring in Massachusetts - Do you own a classic car of the future? 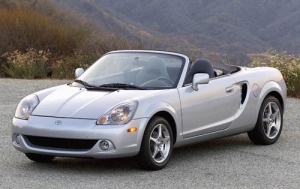 There's nothing quite like driving a speedy, shiny classic car that turns heads and starts conversations.  In fact, the beauty and elegance of old collectibles, like the 1964 Aston Martin DB5, the 1963 Corvette Sting Ray and the 1969 Dodge Charger, can be downright captivating.

If you don’t happen to own one of these timeless beauties, it may not mean you will never own a classic. In fact, there are many automobile aficionados and industry experts that predict we can expect a whole new generation of cars that will one day be bestowed the same level of prestige as, say, the 1969 Chevy Camaro.

If your curiosity is getting the better of you, Georgetown Insurance is offering you a peek at the 10 models predicted by CNET’s Car Tech editors as being the vintage cars of the future. Who knows, you just may own a classic after all.

If any of the above-named vehicles is sitting in your garage, congratulations may be in order. And if not, it’s not too late to start checking the classified and used car lots.

Regardless what you’re driving or what automobile you might have stored away, we at Georgetown Insurance Agency are here to make sure you have it covered! Contact us today.

Return to
« All articles
Previous article
« We Insure Modern Classics in MA and...
Next article
Losses & Lessons from Hagerty »